Michael Nelson has published the first general history of the French Riviera in English: 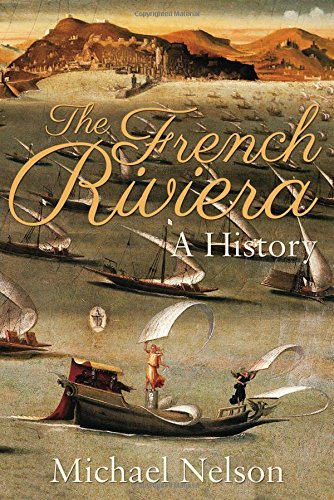 Michael Nelson has written five books – War of the Black Heavens: The Battles of Western Broadcasting in the Cold War (Syracuse University Press and Brasseys, London, 1997); Queen Victoria and the Discovery of the Riviera, (I.B. Tauris, 2001); Americans and the Making of the Riviera (McFarland, 2007) Castro and Stockmaster: A Life in Reuters (Matador, 2011); and The French Riviera: A History (Matador, 2016).

The French Riviera: A History – book ranges from the Terra Amata in Nice, occupied from 380,000 years ago and one of the oldest inhabited pre­historic sites in the world, through wars and revolutions, to the establishment of the Silicon Valley of France in Sophia-Antipolis in 1974.

Michael Nelson shows the surprisingly cosmopolitan nature of the area in the early middle ages by his description of the finishing school run by Frankish kings in the 7th century where Siagrius, the ruler of the region, had studied and where the son of king Edwin of Northumbria in England was also sent.

Maps and plates illustrate the book and it is full of fascinating anecdotes. Examples are the loan of a guillotine by Nice to Grasse in the French Revolution and the occasion when Jean Moulin, the leader of the French Resistance in World War II, invited the Germans to the opening of an art gallery in Nice which he was using as a front.

Explore more about the book:

Download a retail shop flyer for the book (PDF)